Hey guys, my name is Dawne and I’m 26 years old from Saint Louis. 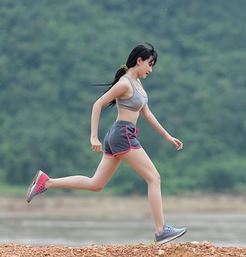 This blog is for anyone, whether you are a vegan yourself, you live with a vegan, you want to make the transition or you just want to know a little bit about the lifestyle!

When most people hear that I’m a vegan I get lots of questions such as; Where do you get your protein/calcium/iron?; Do you get cravings for meat or dairy?; and Do you like it? But people are also quick to point out that they could NEVER be vegan themselves even if they like the idea of it. The reasons are often the same; I love insert food item too much; I couldn’t afford it; I don’t have time to make vegan recipes; and the list goes on.

Vegan Tips ‘n’ Tricks will answer these questions and more and teach people how easy it truly is to be vegan and keep you updated on my own vegan journey. Here it is up til now;

I have always loved animals and will continue to be that friend that spends more time with my friends’ pets than them when i come over. Despite this I was brought up eating meat and disassociated the animals on my plate from those that I played with on farm stays. When I was about 8 I remember finding out that my kebab had been made with kangaroo and being horrified and disgusted with myself, vowing to never eat kangaroo again. The same thing happened when I discovered that lamb and veal really were the fluffy baby sheep and calves that I adored and I immediately cut both of them from my diet also. Why just those animals though? My reasoning for not eating lamb and veal was that they were babies and had hardly even lived as opposed to older sheep that had led full happy lives. How wrong I was, but nonetheless my conscience lured its head again when I was 14 and I decided to try being a vegetarian. Then one day, a couple of months in, I became faint and weak and Mum came to the conclusion that I was iron deficient. Without even being tested to be sure, my vegetarian diet came to an abrupt close only to be reopened in December of 2013. Id never eaten a great deal of red meat but had loved chicken and tuna, thinking that I simply couldn’t live without chicken and tuna.

Gradually I stopped eating both and was surprised at how easy it had been. Becoming a vegetarian sparked my interest in health and wellbeing and one day I cam across a youtube video by Essena O’Neill (that has since been deleted) where she talked about a documentary called ‘Earthlings’. As someone who cannot stand watching suffering particularly of the innocent and voiceless, I was scared to watch it but my curiosity won out. I can’t sit here and tell you that watching ‘Earthlings’ is a pleasant experience because it isn’t, but I can say that it is the film that every person, meat eater or not, should watch and that I do not regret watching it in the slightest. This documentary opened my eyes to the plight of animals not only in the meat industry but also scientific research and the dairy, fashion, entertainment and cosmetic industries. I became a vegan that very day and haven’t looked back.

I hope you enjoy my blog