Home /
Buy a Mooncup (just for us ladies)

Every woman gets (or used to get) their period every month and they’re not an enjoyable thing. They’re messy, often unpredictable, make you a crazy person, are painful for many and to top it off they’re expensive. A box of tampons costs roughly $5 and lasts for roughly 1 period. Say you got your first period at 12 and go through menopause at 53, you will have had a period each month for 41 years. That means that in a lifetime, you would spend $2,665 on tampons, and this is excluding the cost of liners, night-time pads, etc. How crazy is that?! Not to mention the impact that pads and tampons have on the environment. Did you know that 7 billion tampons and 13 billion pads end up in land fills each year which then leach into and pollute our waters. Not only are they bad for the environment but also for your body. These products often contain toxic ingredients from cotton blends being bleached by chlorine and pesticide-grown. This is dangerous because these chemicals are carcinogenic (cancer-causing) and are absorbed through the vaginal wall. 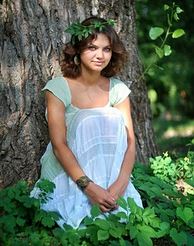 What is there left to use then? Well here’s where the Mooncup comes in. I would guess that very few or maybe even none of you have heard about this thing called a Mooncup before, so what is it? It’s a re-usable menstrual cup and it is great. It’s made from soft medical grade silicone and is safer, greener and cheaper than pads and tampons. They’re safer because they have no toxins, bleaches, BPA, dyes or latex and won’t dry out your vagina like tampons can. They’re greener because they last for years and years as opposed to a tampon which just lasts one use before its thrown out. They’re cheaper because they cost roughly $40, so even if you bought multiple Mooncups in your lifetime, no way does the cost compare to the $2,665 you will have spent on tampons. I got mine early 2014 and it has been one of my best investments. The size of them I admit can be slightly daunting and it may be a bit painful initially (especially if you’re a virgin), but don’t worry, you do fold it before insertion and the slight pain doesn’t last long. They also seem like they would be messy but they are no more so than tampons. They honestly get ticks across the board from me! Us women should not have to pay $2,665 just for having a period, nor should our bodies and the environment have to suffer.